ArchiDoc is a leader in the digital transformation of business processes.

ArchiDoc is a leader in the digital transformation of business processes. The company uses advanced web service technology, thanks to which it optimises the costs of the processes and ensures data transmission security.

For many years, ArchiDoc has been developing tools for the automation of data processing. One of them is the use of dedicated web services tailored to individual customer needs. It is a tool which facilitates the integration of various systems, making them exchange data directly and in real-time, maintaining the highest security standards.

What is this about?

A web service (API – Application Programming Interface) is a network service through which information systems can directly exchange information streams between themselves. Unlike previous technologies of communication between systems (e.g. CORBA, DCOM, etc.), the operation of web services is based on standard HTTP/HTTPS protocols. Thanks to this, the time needed for their implementation in a specific company is shorter. Moreover, they do not require human intervention, which allows for the elimination of potential errors that may occur during manual work. 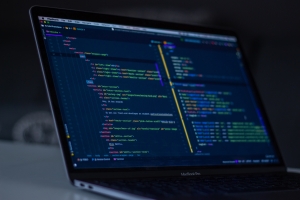 Photo by Arnold Francisca on Unsplash

Web services in the banking sector

Web services can connect systems on the customer side, but also integrate services from multiple providers. This is the case with the project carried out by ArchiDoc for one of the leading representatives of the domestic banking sector. In this case, a solution based on API is used to manage the process of sending paper documentation to archives.

The beginning of the whole data transfer process is defined by the bank. The financial institution determines when and what documents it will send, and then records this in the banking system. This information is sent to the ArchiDoc system via a network protocol. From here, it goes to the system of the courier company by means of another web service. In this way, a waybill is automatically created and the courier is ordered to the address of the bank branch. After the courier receives the parcel with the documents, the ArchiDoc system monitors the subsequent stages of transport and sends information about them to the bank’s system, generating a confirmation when the documents reach the central archival warehouse of ArchiDoc. All these operations take place fully automatically in real-time. Constant monitoring of the place of shipment allows for the secure logistics of documents from over 200 bank branches throughout Poland.

ArchiDoc, operating on the Polish market for over 25 years, has established cooperation with over 500 companies from various sectors. Thanks to this, the company can act as an “intermediary” in the electronic flow of information.

If one of the customers decides to change one of their suppliers (e.g. a courier company), ArchiDoc can easily integrate with another supplier or take advantage of the integrations that have been built on other projects. This allows companies using ArchiDoc’s services to select their partners flexibly, and reduce the time needed to adapt their systems in connection with such changes.

Some customers require the implementation of web services for security reasons. This was the case with one of the four largest telecommunications companies in Poland operated by ArchiDoc. The company was one of the first in the country to place a unique number in the form of a barcode on each document and to make indices available for it (factual descriptions). Thanks to this, the employees of ArchiDoc could quickly verify the completeness and content of each received shipment of documents from several hundred customer service points. A secure connection with the CRM database of a telecommunications company using a web service made it possible to make sure that no document failed at the current stage of the process and was correctly identified.

One of the most important arguments for using APIs to transmit information is the lack of intermediation of employees in transmitting the information. This means there is no risk of human error or delays caused by it. Besides, after proper integration, web services always work in the same way – as they were designed. Pre-implementation tests allow us to verify their functioning in many different situations. Additionally, messages are sent through channels encrypted by all systems, which protects information exchange against hacking attacks.

The security of ArchiDoc software is ensured by cyclical security tests, including penetration tests. They are performed by reputable external companies, and the security is evaluated by, among other things, attempted hacking into the system (i.e. ethical hacking).

Over the years, ArchiDoc has developed two approaches to building web services. The choice of the most appropriate service architecture depends on the service provider’s IT resources and expectations regarding the scale of the business processes.

The first possibility, more frequently used, is to use the client’s system API for integration. In such cases, ArchiDoc builds a dedicated module in its system, allowing for integration according to the requirements presented by the customer’s IT department.

The second possibility is to use the ready-made ArchiDoc API. In this case, the client creates an integration mechanism communicating with the ArchiDoc API in their system.

The dedicated system created by ArchiDoc is universal and able to establish a new integration with each system. The integration can be realized in both SOAP and REST architecture. Whenever possible, ArchiDoc engineers use ready-made methods and services when designing the integration. In this way, we try to reduce costs and shorten the time needed to connect the systems.

– We are also happy to take up non-standard challenges, which allow us to design revolutionary optimisations together with the client. These are entirely tailor-made solutions, unique for given industries or even specific enterprises – says Gabriela Domurat, Manager of the Business Analysts Team at ArchiDoc.

The introduction of web services is initially associated with a greater expense than the transmission of data, for example, by e-mail. However, this results in the elimination of human labour in the process of electronic document circulation, which in the long term, significantly optimises costs. The total valuation of the implementation of integration between systems based on web services depends on the number of systems and specifications. Although the amounts related to system integration may initially seem significant (due to advanced IT work), the investment quickly pays off.

The time required for the introduction of a web service is at least one month, although it is usually about six months. It is connected with multi-faceted preparations, analyses, and detailed tests with users or development works. The time, as well as costs, are determined by the level of advancement and number of systems to be integrated.